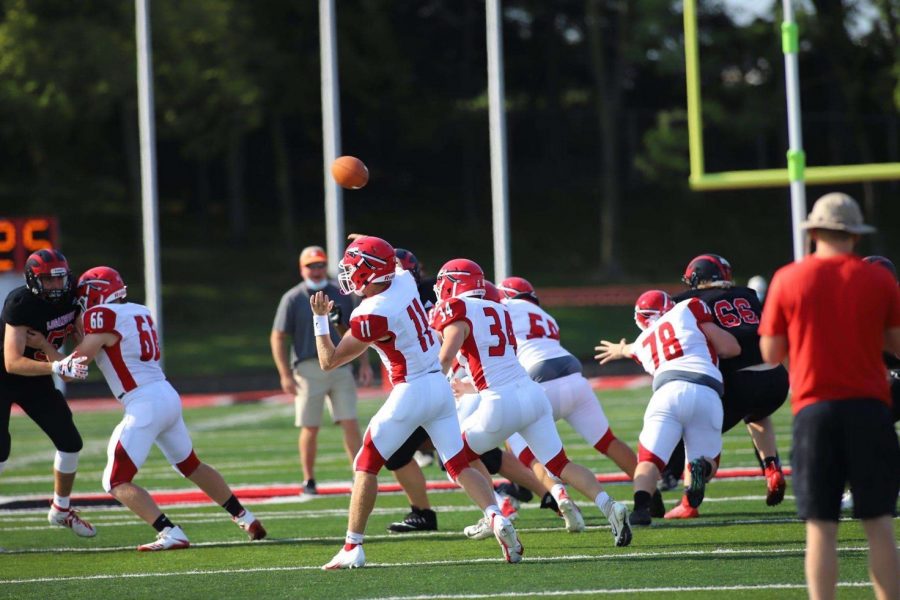 A brand new school year has begun and we all know what that means. Football season is here! The Twin Lakes Football team is eager to start the upcoming season. This year is a little different. After four years at Twin Lakes and a legendary coaching career coach, Scott Mannering, has decided to hang up the clipboard and pass the torch to Coach Sayler, our new head football coach.

Players are excited to try out the new play book and see where the team stands this season. Senior Lewis Dellinger had this to say about this year’s team: “I think the team this year has a stronger bond together than any of the other teams I’ve been a part of. We have a group of guys that love to be together and have so much fun playing the game they love. That brings something special to the season and I think we can make a really deep run in the state tournament.”

Lewis also had this to say when asked about the new offense that has been installed for the upcoming season: “I think that the offense this year suits us incredibly well. I think we could be a big threat to a lot of teams because of how well we can run this offense. We have enough skill guys that can make plays to score quite a bit. We also have a really strong line that so far has shown that they are more than ready to take on the season.”

Senior Peyton Hirt had this to say about his and the team’s goals for the upcoming season: “My goals for this year is to become a better player all around, win over half of our games this season, and win the sectional championship.”

The goal is pretty clear for these groups of guys, winning a sectional championship is priority number one. Go Big Red!