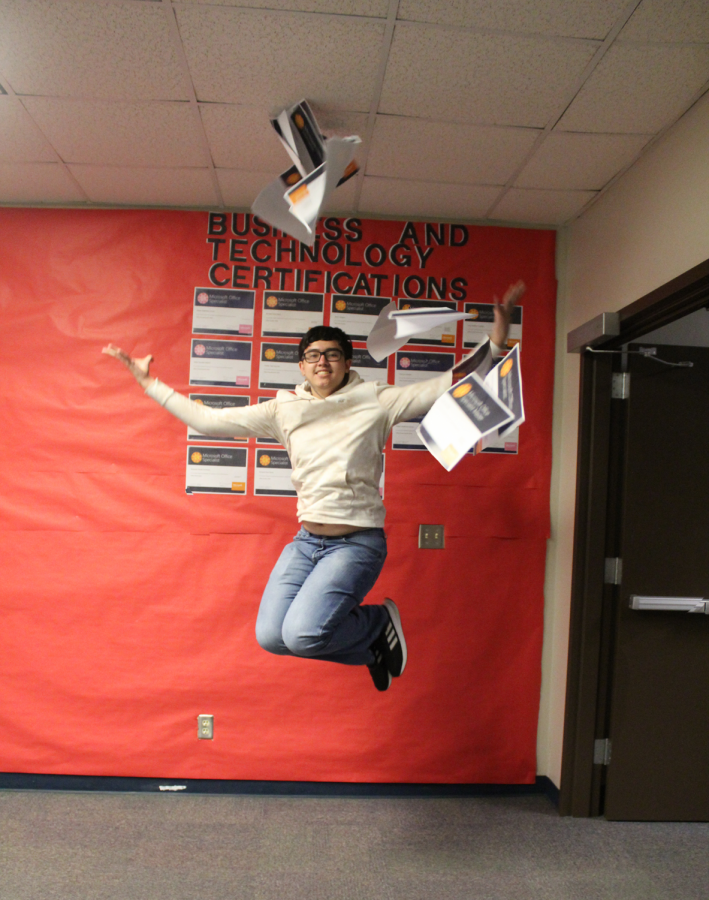 Richard Davis jumps for joy while tossing his certificates in the air.

Competing for the best software score is a challenge for most students, but not for sophomore Richard Davis. Richard is enrolled in Twin Lakes Dual Credit Digital Applications and Responsibilities class which offers Microsoft Office certifications for no cost to the student. At the beginning of his sophomore year Davis set the goal to get a software certification every 2-3 weeks, but when he earned two in two weeks he upped his goal to keep up with the challenge.

Richard has obtained seven Microsoft Office certifications in eight weeks and is the first Twin Lakes Microsoft Master. In order to earn a Microsoft Master designation you must pass three MOS 2016 exams and one elective MOS 2016 exam. Holding a MOS certification can earn an entry-level business employee as much as $16,000 more in annual salary than uncertified peers according to Skills Requirements for Tomorrow’s Best Jobs. 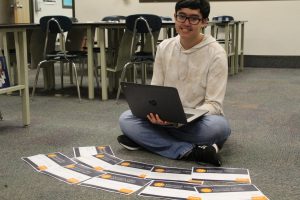 Richard not only earned the Master certification, but he earned it with a perfect score of 1000 in both Word and Outlook.  He also passed Access, Word Expert, Excel, PowerPoint, and Excel Expert most with scores above 900. For Richard, Microsoft Office is nothing new. He recalls playing around with his family computer at the age of five or six, mostly with Word and PowerPoint. Richard Davis is a new member of Business Professionals of America (BPA) and will be competing in Microsoft Word and Excel competitions at regionals in December.  Ms. Rogers, Advisor for BPA, said, “I expect great things from Richard this year. He has the potential to win state in March of 2020 and travel to nationals held in Washington D.C. next May.”

Richard plans to retake exams with the intention of getting a perfect score on several more before the end of the semester.

Richard moved into Twin Lakes corporation two years ago in the 8th grade. Since then it has been Richard’s goal to achieve the best grades and scores in everything he does academically. In his free time, Richard enjoys singing and is a member of the Golden Throats and Sound Wave choirs.