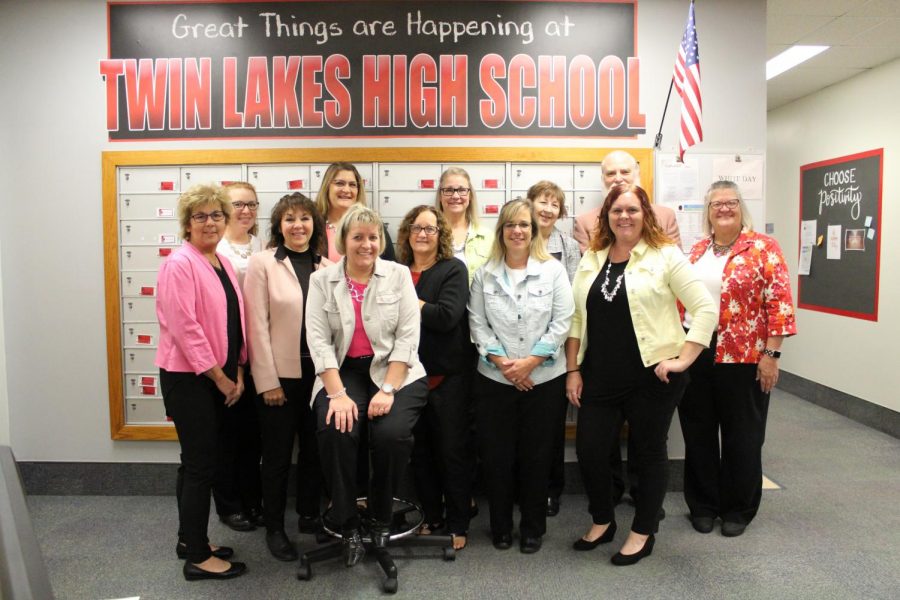 Twin Lakes principal, Missy Whitehead, was shocked on Tuesday morning when she realized several of her staff members dressed parallel to her day-to-day attire. The ingenious idea was a collaborative effort among staff members who had a wonderful time preparing and scheming for Twin day. Staff made sure to include her signature jacket and jewelry in their ensemble. “That was awesome,” said Mrs. Whitehead, “and such a great surprise.”

Each year, Student Council plans Homecoming Week and comes up with, “dress up,” events for each day of the corresponding week. This year, the events consisted of 70’s, Twin, Halloween, PJ’s, and Red-and-White Days. “Mrs. Whitehead is a terrific, supportive administrator,” said Mrs. Manahan, one of Mrs. Whitehead’s “twins.” “So if we were going to emulate anybody, it would be her.”